THE INVINCIBLE SUMMER OF JUNIPER JONES

My star rating – 5 STARS! ALL THE STARS!

It’s the summer of 1955. For Ethan Harper, a biracial kid raised mostly by his white father, race has always been a distant conversation. When he’s sent to spend the summer with his aunt and uncle in small-town Alabama, his Blackness is suddenly front and center, and no one is shy about making it known he’s not welcome there. Except for Juniper Jones. The town’s resident oddball and free spirit, she’s everything the townspeople aren’t―open, kind, and full of acceptance.

Armed with two bikes and an unlimited supply of root beer floats, Ethan and Juniper set out to find their place in a town that’s bent on rejecting them. As Ethan is confronted for the first time by what it means to be Black in America, Juniper tries to help him see the beauty in even the ugliest reality, and that even the darkest days can give rise to an invincible summer. Find it on Goodreads 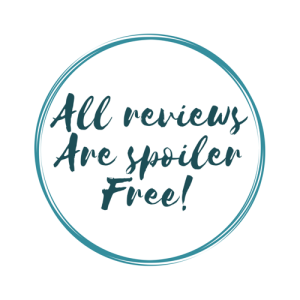 I could begin and end this review in one simple sentence – “READ THIS FREAKING BOOK!!!!!!!” but, that wouldn’t tell you a whole lot. After finishing this book though, all I want to do is scream and yell for everyone to read this!!!! It’s going to end up in my top 5 this year for sure and is something that packs a message everyone should be listening to.

Our main character Ethan was sent to live with his Aunt and Uncle in small town Alabama after he got into some trouble at school. No big deal you would think, right? It’s definitely a big deal when it’s the 1950’s and he’s a mixed race boy. As soon as he stepped foot into town, it was very clear that he was unwelcome and unwanted, even with members of his own family. But his father felt as though his hands were tied as he was now a single parent after Ethan’s mother left their family.

Being raised by a white father in the 1950’s would obviously pose some issues. He was sorely missing the guidance, directions, and belonging he would have felt if his mother had been around. I kept thinking the whole time that she was an awful monster for not being there but, as books always do, things are explained in due time and it was yet another sad and eye opening moment.

The thing was, Ethan never really had to deal with racism. Where he lived, he was able to blend in and his skin colour wasn’t an issue. It wasn’t until going to Alabama that he got his first taste of the hatred that comes with stupidity…. In his home town he could walk down the street side by side with white people and they wouldn’t react. But here, it was like a whole other world. People would cross the street to get as far away from him as possible. They would call him out and make remarks that made me so angry I felt physically ill.

No joke. This book was beyond difficult to read. I have so many highlighted lines that made my jaw drop and tears come to my eyes. It was so impactful that I considered vlogging about it. I decided against it because, honestly, my voice isn’t the one you want to hear. The commentary will make your blood boil and you’ll want to punch people in the face, but it comes with a message that everyone needs to hear. I think the thing that made it the most painful was the fact that treatment like this is real life. I can’t imagine…

One example of this is when Ethan is in a store and his Aunt comes in with a few of her church friends. They’re making conversation about how hard it must be to have a black boy in her house and she goes along with it, not speaking a word to defend him. She later goes on to explain to him that things in the town are very different and if she was to speak up that it would make her life far more difficult with the towns people but that she doesn’t really think that way and she wishes that things were different. He doesn’t say it out loud but thinks to himself that she could have told him that they were wrong and wishing doesn’t change things. My heart hurt so bad in that moment. It spoke volumes to the current situational climate with all of the protests happening in the US right now and how something as simple as sticking up for someone you love (and values, morals, justice, etc) is at least not allowing assholes to win.

As difficult as this book was, and as many assholes as there were, there were also some really powerful moments of healing. I realize that in the 1950’s, things were different than they are now (but are they REALLY THAT different? I’m not so sure), and it was also the beginning of change. I love that the author added in tidbits of that change. There was mention of a teenage girl that refused to move for a white person on a bus. There were some characters that were starting to look at things and people differently and began to question to actions of racism. There were even a few characters that actually owned their mistakes, took accountability for their actions, and talked about the changes that they were going to make going forward. Admitting your mistakes and taking accountability is the first step and my heart LOVED every minute of it!

I do, however, wish that there was a little more exploration of the relationship between Ethan and his parents. I feel like that was a giant missed opportunity. Ethan being black and being raised by a white father had the chance for a lot of interesting dialogue and conversation. I would have loved for this book to be at least 300 pages longer! lol! I want more! The pace of this book was so fast and perfect, I don’t think I would have noticed a few hundred more pages.

And then there’s Juniper Jones. Ugh she is such a wonderful character and far more advanced than anyone else in that town! She was so full of life and adventure. I loved seeing the town through her eyes. All Ethan could see was hatred and bigotry, but she showed him just how beautiful life could be if you knew where to look. She’s the type of person that sees a rainbow in a sky full of storms and loves so fiercely she literally burns.

As i’m sure you can tell by what I’ve said already, this is a difficult read that comes with many trigger warnings. Racism, hate crimes, the KKK…. it’s not a light and easy read. And, don’t do what I did and finish the book before you want to go to bed, unless you can fall asleep easily after ugly crying…. because that happened…

If I had to choose just ONE book that was published in 2020 that NEEDS to be read – this is it. It’s sad to think that there’s so much relevance to current events from things that happened in the 1950’s, but there are so many lessons that can be learned. Yes, this is a young adult novel, but no, it’s not only for young adults. People from all ages and walks of life are going to love this book!!! So, after my insanely long review of this book, I’ll end it with the same statement I made in the beginning – READ THIS FREAKING BOOK!!!!

Thank you so much to Raincoast Books Canada and Wattpad Books for the chance to read this in exchange for an honest review. All thoughts and opinions are my own and are uninfluenced.