What is a modern classic you ask? First, let’s take a look at the definition of the word Classic:

adjective:
Judged over a period of time to be of the highest quality and outstanding of its kind,

noun:
A work of art of recognized and established value.

The definition of the word classic is helpful, but how does that apply to books? Let’s take this one step further shall we? I believe that a modern classic should be considered something that is a high quality work of art, is published within the last 20 years or so, and is valuable to future generations. I think that a modern classic is something that will one day become a classic and will teach future generations something. This book should be impactful, bring light to a situation, or be incredibly entertaining. A book can become a classic for so many reasons! So I’m making this list based on the book I think will become a classic one day, and will be cherished for generations to come!

Top 5 Tuesday is a weekly meme where I explore different topics. If you are interested in participating I would love to have you! Here is a list of my Upcoming Topics in September! – please remember to ping back a specific post of mine so I get a notification and I will add you to the participants list!

WHY I CONSIDER THIS A CLASSIC – With this series, I honestly don’t think that I need to explain! Such a well written series that reaches out to people of all ages. I got into this when I was in my late teens. I didn’t read it before then because I thought I was too old for a middle grade series about magic. SO WRONG! This series has something for everyone, is so complex and wonderfully written. We get magical wonder, the powers of friendship, perseverance, determination, family, loyalty, and so much more! 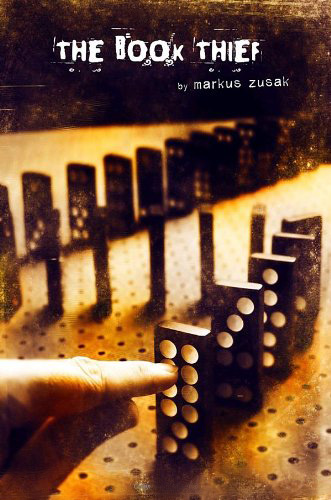 THE BOOK THIEF – first published in 2006

WHY I CONSIDER THIS A CLASSIC – First of all, it’s so beautifully written, but the message is why I think this book is timeless. Set during one of the worst events in history, we follow a young girl and her perspective on these events. I think it’s the perspective of this innocent child that makes this story so impactful. She’s so full of love and caring. She doesn’t quite understand what’s happening around her and why, so she choses to love even though it’s dangerous to do so. The hate surrounding her is so confusing and we follow her journey as she tries to understand why people feel the way they do. We also see the tiny intricacies of living in a Natzi world with opinions that don’t match the leadership, and the consequences of those opinions. Such a beautiful story!

THE PERKS OF BEING A WALLFLOWER – First published in 1999

WHY I CONSIDER THIS A CLASSIC – This one is already being called a cult classic, and I think it will stay that way for quite some time. This book is central to a boy as he navigates high school and friendship (sprinkled with some other personal issues) – something that we all can relate to at a certain point in our lives. I think we’ve all had experiences like this and can relate to at least one event or one character. This book gives us some insight into popular culture in the 90’s as well. I was totally obsessed with The Rocky Horror Picture Show in the 90’s (ok, I still am!) There are also specific elements of sexual abuse, same sex relationships, and mental illness which was really well done. No matter how many years down the line I think that teenagers will be able to relate to this one in some way or another.

WHY I CONSIDER THIS A CLASSIC – This book gives us some insight to the segregation in America and what that meant for both white and blacks. Sadly, some were treated as lesser humans, but this book was written about a very interesting time. Where some people (who didn’t have their heads shoved up their own asses) realized that the colour of someones skin didn’t determine their worth. This book covers the hope, perseverance, and close bonds of those who were maids in such a heartwarming and beautiful way. Even though these maids didn’t think they could change their situation, they stuck together like a wonderful family, supporting each other, and caring for those they were in charge of more than anyone really realized. And Skeeters character shows us what it is to fight expectations. She overcame what was expected of her as a woman and pushed past her fears to help those she loved. Together they made changes and gave hope.

READY PLAYER ONE – First published in 2011

WHY I CONSIDER THIS IS A CLASSIC – This one will be a classic in the same way that 1984 is – an insight into what our future could become. A dystopian world that is just scary enough to be real some day. When the world is crumbling around us, we stack ourselves to live in small spaces because the earth has been destroyed. And because our earth is now a mess, we are forced to live in a virtual reality world that transports us to something more accessible and beautiful, essentially forgetting how badly we messed things up. I’m sure that at the time 1984 was published no one thought that would be possible…… Big Brother wasn’t too far off apparently.

The idea of a modern classic is subjective I guess and can be taken in so many ways. These are my take on what could be considered a classic and why. I hope you enjoyed!!